Reasons You Would Need an Open MRI 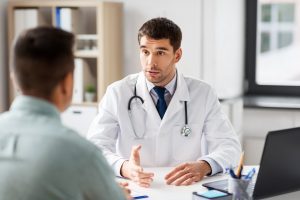 scanner is an imaging device that uses a magnetic field and radio waves to produce images of the body’s internal structures. One of the most popular types of MRI scanners is an open (or open-field) MRI scanner, which has a large, open space. This allows for greater visibility and more accurate images. Open MRIs are popular with people who find traditional MRI scanners too small and claustrophobic.

An MRI scan can be used to diagnose and monitor many different diseases. Brain tumors, infections, and injuries can be assessed by open MRI scans as they are especially useful for detecting abnormalities in the brain due to traumatic brain injury. They are also used to detect brain tumors and other conditions that affect the brain’s function.

When you need an MRI scan, Hollywood Diagnostics will likely recommend an open MRI scanner over a closed one or another type of MRI equipment such as a magnet borescope or endoscopy probe. Open MRIs are better at detecting abnormalities in the brain that might otherwise be missed by other imaging techniques, including lower contrast-agent doses, for example, contrast-enhanced CT scans or contrast-enhanced ultrasounds. They also provide a more realistic visualization of the human body’s tissues and organs with improved image contrast resolution, increased spatial resolution, and contrast signal strength.

It is also an effective tool for diagnosing many other conditions, from a brain tumor to a stroke. When you need an MRI, Hollywood Diagnostics will first want to rule out any

other possible causes for your symptoms, such as infection or inflammation. If there is any chance that you’re suffering from a more serious condition, such as cancer or another life-threatening condition, MRI may be the right choice for you. In addition to helping diagnose these conditions, MRI can also help doctors assess how well treatment is working.

To get the most accurate results, you should have an MRI if you have any of the following: An unexplained lump in your neck or throat, or a head injury. recent changes in your vision or hearing, new onset seizures, or a condition that causes a weakened immune system, such as HIV/AIDS.  You should have an open MRI if you are suffering from certain chronic pain conditions including fibromyalgia and chronic headaches.

If you need an open MRI scan in South Florida, call Hollywood Diagnostics!