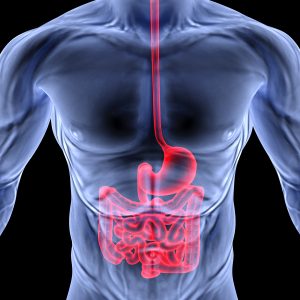 According to a new study published in Radiology, there are also abnormalities within the bowels that are associated with COVID-19. This was discovered through the use of digital imaging such as the CT scan and ultrasound. Many doctors and medical imaging professionals haven’t done too much research on the effects of COVID-19 on the bowels. Most were concerned with the serious respiratory issues that the virus brings along. However, with the research conducted, it seems there is a pattern with bowel abnormalities and COVID-19.

Why Scan the Bowels for a Respiratory Illness?

Many people would be confused as to why there would be scans in places outside of the respiratory system with all the known symptoms involved. However, with the rising numbers of infected people, was a consistency with other symptoms. Many people began reporting diarrhea, nausea/vomiting, abdominal pain and loss of appetite along with the normal symptoms. These were especially more common in patients that had developed serious symptoms of the virus. In the findings, they found that there was evidence of bowel ischemia, or dead bowels. They used both CT and ultrasound imaging.

“In conclusion, abdominal imaging was often performed for inpatients with COVID-19. RUQ US most frequently demonstrated cholestasis, which is common in critically ill patients. Bowel wall abnormalities identified by CT, mostly in ICU patients, included pneumatosis and portal venous gas suggestive of ischemia. Laparotomy and pathology findings confirmed small bowel ischemia in some patients, which may have been due to small vessel thrombosis. The cause of bowel abnormalities in patients who did not go to surgery remains uncertain. Further studies are required to clarify the cause of bowel findings in patients with COVID-19, in particular the role of small vessel thrombi and coagulopathy in bowel ischemia, and to determine whether SARS-CoV-2 plays a direct role in bowel or vascular injury.”